We are motivated to talk about Ugandan Hip Hop, poetry and spoken word to the world over and at the same we aim at finding information that is relevant to a Ugandan society and for this case / post, Hip Hop. The fact that the initiative by Universal Hip Hop Museum is most likely to affect world-wide audiences and matter of fact reach them through this supposed App- A digital Museum. 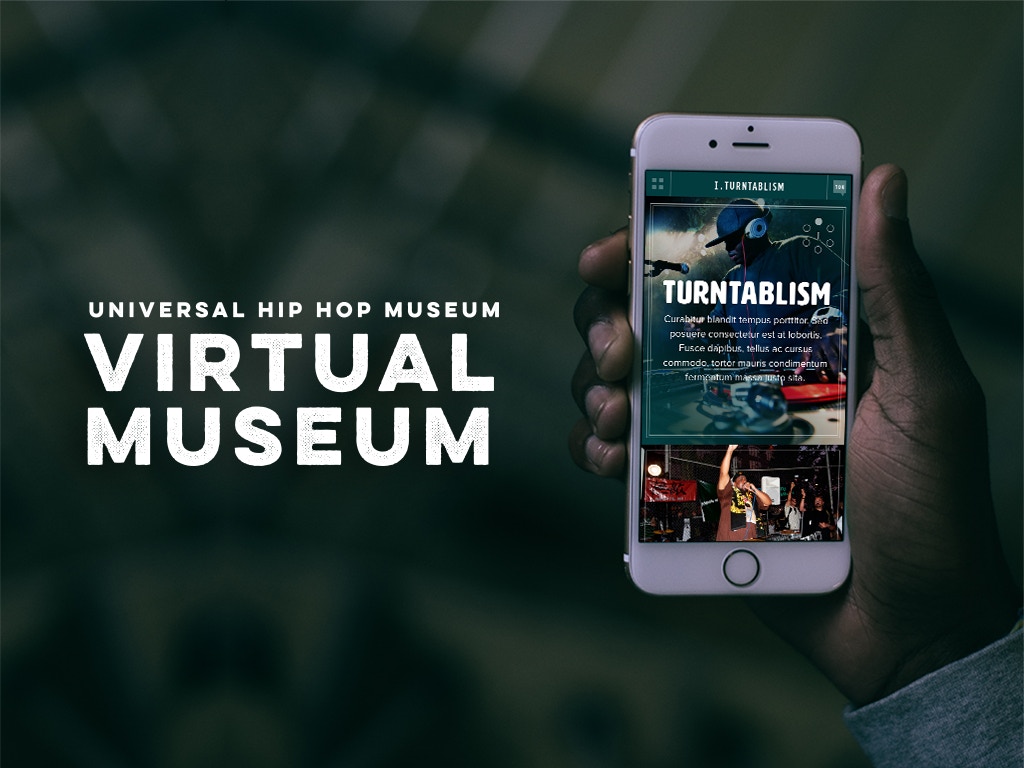 A Virtual Museum That Brings The Global History of Hip Hop To All Mobile Devices Worldwide.

We are seeking funding to complete the design and engineering of the world’s first mobile device powered virtual museum, for preserving, documenting, and advancing Hip-Hop culture Worldwide! Your support will aid in the creation of the most innovative virtual museum for cultural arts, education, and entertainment with a social focus!

Some of the rappers from the US are undoubtedly inspirations and influences to some of our rappers that is so obvious however you should first ignore that at focus at the embrace of technology to preserve culture Hip Hop culture to be exact. What I think we (in Uganda here ) is that we can also embrace our culture through using these advanced technologies in an era of information. And more still embrace modern technology to preserve and document our culture.

Many I hate hip hop characters honestly could benefit from this and escape many of our hardcore hip hop man-ship rage towards them for their ignorance. In other words out of the five elements Knowledge is still the least explored even among the  participants of the culture (Artists)  themselves and their fans. This modern approach should be embraced and fully supported  and may be we can also develop our national hip hop museum that if at any point UHHM would love to include information about Ugandan hip hop.

Honestly it doesn’t HURT knowing about hip hop beyond your border!

They say what you see is what you get and please don’t forget not all you get you have seen it coming before. My DAD/  Zeeyi to be honest guy has no hip hop background or something like that, he grew up on something far from hip hop. I remember when East Africa TV – Channel 5 made an impression Uganda’s youth viewer ship, where hip hop got a lot of rotation on this channel. hip Hop at the time, had more influence among the youth( up to now hip Hop is more felt among youths).

One time as i was watching a music video on this TV Station, a mainstream rap song gets played and honestly it was about how this guy lays hoes , bi**ches and stuff  ( If you may permit). My dad happens to have been present! I think he was at that time assessing the kind of entertainment am so into, may be to see if am content with my world– i don’t remember anyway. But i would tell the video, its subject matter was really what we call weak Sh*t(if am still Permitted). He then provoked me with a few words, “you must be enjoying….eeh !” I didn’t respond but i felt like something is wrong.

Let me repeat, my Paps has never had any hip hop ties to be honest, i don’t think he even knew Rappers Delight( some of the historical Hip hop songs), neither did he know Cool Herc, African Baambaata or even MC Afrik (r.i.p). I will rest that, but one thing i Know he liked poetry and good music. One day as i was watching TV again, DON’T BELIEVE THE HYPE by Public Enemy starts playing and You guessed right! Chuck D was doing his thing*. Did i ask you to Guess? Maybe subconsciously. So My old man stands right at the Door and watches this song till end and the face he wore was of ” Wow i like this” If you have watched the video then You know What am talking about.

So i  realized he actually gets moved by conscious hip hop and its creative flaws. But did he even pay attention to the fact that What he called GOOD MUSIC is actually Hip Hop. And am not saying hip hop is the proper word for Good Music. Any way who cares it makes up some of that. Hip Hop is a Gad-em Culture if am to Switch on My Bronx*

WHY HE HATES RAPPERS?

“I use to love rap when it stood for social injustice and the like, but now it’s all “hey look at my hoes and my bling bla bla”. Bigboi500

So i think he would rather listen to a more educative and society conscious songs. Tracks like JJUJU-(by Enygma) lately saw him Mob to some point on my young sisters’ birthday. This reminded me of many hip Hop artists who used samples from soul, rock and Jamaican Dance Hall tracks. This blending and fusion interests him and i think it was more synonymous with the 80s and 90s too. (correct me if am wrong).

However my Dad is a funny Dude but he wont act funny to any work of art thats why he actually listens to the message. When i say he hates rappers i think you shouldn’t prepare to make a diss song for him. I meant rappers who have nothing to say but mumble poison. He listens to any type of music but i see him change faces when he gets in touch with really no message type of songs.

I don’t hate rap, but I do dislike the genre in general. I do look a few songs here and there though. Honestly, I find the music incredibly boring, I think it might be partially due to the fact that lyrics are last on my list of importance when listening to music.–

About a week ago we posted on our twitter (@NuveyLIVE) about having guest articles from writers or Bloggers who are enthusiastic about Hip Hop and the related genres that NuveyLIVE deals with. As promised it is not yet February as we had hoped to start the initiative then. Nonetheless  here is an interesting post that i went through and enjoyed reading as i was transitioned from one period of time to another. We are currently on our way to re branding and this is part of the initiative to engage our community, enjoy.

REINVENTING THE WHEEL by Uringi Godwin

Sitting with my old friend Jun Yo under the tree of wisdom as we fondly refer to the mango tree in our compound, we got to talking about Hip-hop in Uganda and what it would take to get it out there. What would it entail to make this art form a lucrative mainstream genre? I told him the usual narrative is the key. Make a hot song, promote it on the radio, shoot a music video that is of international broadcast quality and viola, you are at the top. He retorted, starting with that common opener, (I have heard it a million and one times). “The problem with you rappers in Uganda is that you want to reinvent the wheel. You want to take your songs to radio and television stations and forget the streets, the common man.” He had a valid point there. See in the US when hip-hop was coming up, the emcee had to prove himself in and around his neighborhood before he caught the ears of the record label that would propel him to star status. He had to make a name for himself in the ciphers in the park, the block parties, and the open mic nights and jump on DJs mixtapes. All these were platforms for the emcee to gain credibility among his peers and the locals

In the late 90’s and the early 2000’s when hip-hop was emerging from the depths of our bedrooms, we had DV8, KAOS and all these bars in town where we would rhyme, yes rhyme not mime, to hip-hop instrumentals. And that was how an emcee in Kampala made a name for himself as both a lyricist and a performer. That was before HOT100 opened the doors to radio acceptance. Like my man Lyrical G would say, it was all about skill back then. So, we can rightly credit these Kampala streets for being a part of the grass root development of Ugandan hip-hop. Big up to the indigenous rappers, mostly the luga flow emcees, still representing on these pot-holed streets. Yes I have seen quite a number out there.

Well, with that said, we must acknowledge that times have changed and there’s this little thing called the internet where emcees can generate a buzz for themselves. I am sure rappers like Enygma can testify to social media playing a pivotal role in boosting their careers. Actually all of us have testimonies on how the World Wide Web has revolutionized the music industry. Ask Lyrical proof where we would be without Reverbnation, Sound cloud, Facebook, Twitter, YOUTUBE, Whatsapp and the rest. Isn’t it amazing how rappers can instantly connect with fans? It’s like this cozy affair where your fans are now your friends. You share moments of your life with them through pictures and videos, you ask them what they want you to rap about in your next song, which producer you should work with and their feedback is instant. Not to mention the forums where you get to trade war stories with your fellow emcees, poets, promoters and other professionals in different vocations who could take your career to that next level. Social media has reinvented the wheel to jet power. John Aiiko, a communications specialist says social media has re-written the agenda. Everybody is people. Songs trend and stars are born.

I learnt from the hard way.

But, one constant aspect in this dynamic equation is stage performance. There is nothing more disappointing than an emcee with a dope song and doesn’t know how to perform it. This happened to me at my first Yeego night concert in 2013. I was so detached from the crowd because at the back of my mind I was thinking this is not a hip-hop crowd and they probably won’t get it. That was a huge mistake I learnt from the hard way. These were the people I was supposed to leave a lifelong impression and I blew it. From then on, I take my stage craft seriously and it’s starting to come naturally and I see the benefits. See, it’s going to take the whole package to make the emcee a spectacular entertainer. Every emcee has that X Factor; it just has to be honed. So let us use all these platforms at our disposal to get Ugandan Hip-hop the recognition it deserves and, remember, when they hand you that mic, and the beat comes on, and you have the crowd in your sight, be it 3 people or a 40,000 multitude, give them the performance of their lives.

No Apologies ReleaseMay 27th, 2016
The big day is here. Download and Listen To AJO's No Apologies EP

Hi
Welcome to the first Ugandan Online radio and Blog DedicaTED To HipHop, Poetry and Spoken Word in the 256.

#HipHopUgandaLiveShow is our recent Podcast Show which is available for Download via NuveyLive Radio Freely.
Show include's interviews with Hip Hop Artists like St Nelly Sade, Lyrical G, The Sphynx, BaruBeatz, AJO and More. And Its Hosted By NuveySHAWN (@ayellahr)

Follow We Moved to nuveylive.org our new home on WordPress.com

Hi
Welcome to the first Ugandan Online radio and Blog DedicaTED To HipHop, Poetry and Spoken Word in the 256.

#HipHopUgandaLiveShow is our recent Podcast Show which is available for Download via NuveyLive Radio Freely.
Show include's interviews with Hip Hop Artists like St Nelly Sade, Lyrical G, The Sphynx, BaruBeatz, AJO and More. And Its Hosted By NuveySHAWN (@ayellahr)